I’ve been consistently building my self-awareness for as long as I can remember. One of my most recent endeavours has been to differentiate what is coming from my ego and what is coming from me (or my inner self). And whew, chile, it is not easy! Sure, recognizing it is real simple. But stopping yourself from acting on it? A whole other story.

I recently had an experience where I’d wanted someone to react a certain way JUST SO I could get on my high horse and be a douche (for lack of a better word). Thankfully, that person knew me well, so they straight-up asked me why I was acting that way. After recovering from the SHAME of trying and failing to be a petty bitch, I comforted myself with these 3 things: 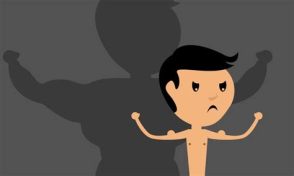 I actually had a little battle going on between my inner self and my ego before acting in that way. I knew, deep down, that it was unnecessary, that it wouldn’t bring me the satisfaction my ego was promising and that I could have easily taken other, more mature steps to resolve the issue. But I gave in. I gave in for the thrill of some fantasy of me telling my friends how “badass” I am, of “taking my power back” in some small, small way. But very quickly I realized, like Shaggy: it wasn’t me.

That’s not the real me. That was me acting on a part of me, a part of all of us, that is scared and insecure and constantly tries to convince me that it’s other people’s fault that I am scared and insecure. But it’s something we can acknowledge and then simply ignore. I am, unfortunately (fortunately?), not a petty bitch. And those small actions do not define me.

One thing I can say, however, is that the ego most certainly helps in identifying what parts of you need healing. In my case, I had not recovered from how this person had treated me in the past, and my ego convinced me that ‘getting back at them’ would somehow make all of my pain go away, when what I needed was to continue keeping my distance for as long as I needed. This doesn’t have to be huge, traumatic events that the ego points us to- it could be a small memory of someone treating us badly in high school that makes the ego scared. It could be a small disagreement you had with a friend that the ego still feels a need to “win”. But, as bad a rap as we give the ego, it really does point to what needs to be healed.

3. Breathe, Dust it Off and Move Forward

So, your journey to enlightenment isn’t as smooth as you’d hoped. Whose is? It takes time and practice to shrink your ego and listen to your inner self (or “soul” if you prefer), and there are plenty temptations on the way. The fact is, you recognized it, you recognized the pain out of which it was acting, and now you can move on.

Ego is part of being human. And observing it at work can actually be quite entertaining. It tells us so many lies! What lies has your ego told you?