With the trend of 23andMe DNA tests becoming more prevalent, after months of consideration and temptation, I decided to get my DNA tested. I purchased both the ancestry analysis and the health analysis because I’ve always been curious about the underlying details of my health. What I found made a lot of sense, but also kind of surprised me a bit. It got me thinking about where I really want to travel to next.

As 23andMe gets very detailed and gives you a TON of information on you, your ancestry, and genetics in general, I’m going to share the more important highlights of my ancestry results with you. The health portion is for me to know, although it’s safe to say I’m not a carrier of anything! Woo!

First of all, I didn’t have any inclination that I was French & German (this category is an umbrella category that also includes countries like Austria, Switzerland, and Netherlands among others, but 23andMe wasn’t able to detect which specific countries my ancestors may have called home), Scandinavian, Italian, or AFRICAN for goodness sake. That last part blew my mind until I read into my maternal haplogroup, which told me about the migrations of my maternal line from Sub-Saharan Africa (beginning 150,000-200,000 years ago) to southwest Asia and the Arabian peninsula and eventually to Europe.

Finnish and Ashkenazi Jewish DNA were also a complete surprise, pretty cool! I’m slightly surprised I don’t have any Native American DNA, as my dad was convinced we do, but it’s important to keep in mind that just because someone’s DNA doesn’t match that of a specific group, doesn’t mean that person doesn’t have ancestors of that origin that lived long ago. It just means they didn’t receive any of that DNA.

All of this information really got my gears turning and has me daydreaming about my ancestors and how they lived. When I was traveling throughout Ireland, I felt a sense of comfort and belonging, like I could feel the energy or presence of my ancestors. I could only imagine what it would feel like to roam the UK and the rest of Europe. I’ve had Australia, New Zealand, and Bali on my mind for places I want to travel but now my mind is on Germany, France, Scandinavia, eastern Europe and Africa.

My dad was actually born in Germany when his father was stationed there in the military, and although that doesn’t at all mean he has German DNA, I’d love for him to get tested to see if he does actually have German DNA. That would be interesting. Additionally, my dad’s father was adopted… so my name MacEachern (of Scottish decent) doesn’t indicate where my ancestors came from. If my grandpa didn’t adopt another man’s last name, I’m pretty sure I would have been born as Kayla Raj, likely shortened from Rajinski.

Perhaps we could go to Germany, Poland, and other European countries as a family. That’s a stretch as my parents never really travel, but I haven’t ever traveled to another country with my own family! I feel like that would be an extremely special experience to share… probably stressful too but hey, you only live once.

It’s strange how many secrets DNA can hold that most people will never get to uncover about themselves. I feel so privileged to be able to know roughly where my ancestors came from and certain things about my health that I would never have discovered if it weren’t for 23andMe, social media, and technology in general. Although it won’t change much about how I’m going to live my life, it may give me an even more humbled mindset. I feel more human and more connected to the world than ever. I feel at ease about the information I had been given during my childhood.

I highly recommend getting your DNA tested if you have the means to do so, even if it’s just the ancestry part… and especially if you have the belief that you are 100% Portuguese or 50% something 50% something else. It has the potential to drastically change your view of your family and the world. 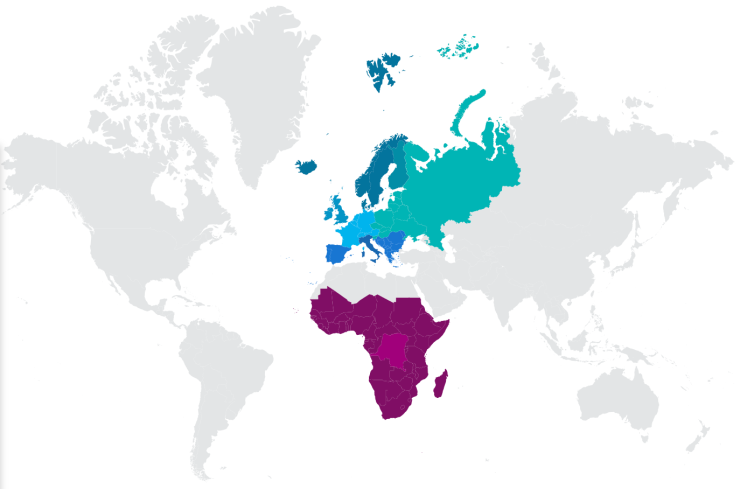