And I’m a recovering Approval Addict.

My sisters will gladly tell you that I’m known to care too much about what people think. I’ve gotten muuuch better over the years. But recently I was faced with another case of the craving—well, with the fear of being without that sweet, sweet approval.

I didn’t have much of a problem being assertive with guys in my class, but when it came to girlfriends and people who I assume have some authority over me, I struggled a little. I’m all about having girlfriends, but I’d let that have control over me, to the point where I endured some friendships for way longer than I had to. Thank goodness I let those toxic people go! But for what happened recently, I had to double my efforts.

When I first started making music, I went to a particular studio to record all my tracks. I didn’t like the owner (arrogant, mean to those below him, etc) but the facilities, prices and other staff  were great so I just kept going there. I had complications with the tracks—I often had to ask for things to be fixed for weeks after the sessions because I hadn’t been assertive enough in person. I didn’t stand my ground when he’d rush through things. 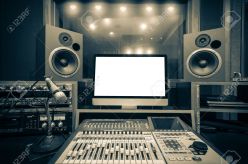 After a disagreement, I had to let him know that I wasn’t happy with his rushed work. I hesitated about whether or not to send that email, but thank goodness my sister encouraged me to go ahead with it. Besides all that boring drama, the real question is: why did it take me almost 2 years to get a track I was happy with?

Because I didn’t want to be on bad terms with him. Because I was scared he wouldn’t like me.

Because I needed his approval.

I don’t have a 10-step process for those with a similar problem, but I do have 3 little nuggets that help me out when I find myself slipping. 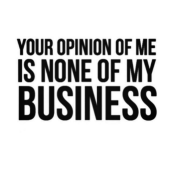 You’ve heard this plenty of times before. What people think of you has much more to do with them than to do with you. What he could possibly think of me is completely his business. Honestly- if he’d undermined me, or thought I was being ridiculous, so what? Would that be an accurate reflection of me, or simply what he’s choosing to see to justify his feelings? All I know is, I don’t have to care about it. His opinion of me has no bearing over my success in life. 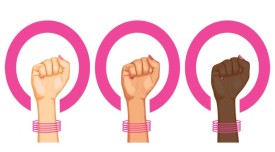 I needed to get a song I was happy with. I didn’t know how to do that without risking his disapproval of me. I valued the latter more than the former, and that was my problem. Especially in male-dominated spaces, it’s difficult for women to risk being unlikeable- to risk being anything but sweet and kind and warm and agreeable. But hey, it’s 2018. I can be as bitchy as I want. HAHA JK but you get the point. Don’t do what Céline did and sacrifice what you actually need for the sake of pleasing someone else- especially someone who isn’t an important part of your life. Yes, you can be decent but be firm in the things you demand. 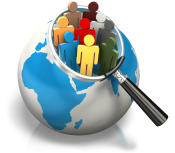 We get so hung up on individual people that we assume there’s nothing better out there. (We really exaggerate people’s importance in our lives.) Of course burning bridges in any industry isn’t favorable, but why would I want to keep working with someone I don’t like, especially if I can avoid it? I used to do the same thing with friends- I’d assume I had to be friends with this ONE BITCH like there weren’t billions of other bitches in the world I could be friends with. The people who’d take advantage of me in those friendships often needed me more than I needed them.

They’ve all come back to me in some way trying to keep me in their lives- why? CAUSE I’M NICE AF and they know it. I just no longer need them to like me.

Point is, don’t get hung up on the approval of one person. No one person will be your savior or the reason for your success. And it’s not worth the negative energy they’d bring to your life.

How the story ended?

I sent the email, and…he had no argument. He just said I should let him know when I need something and we’ll make a plan. So yes, Céline was stressing over nothing.

ASK FOR WHAT YOU NEED. ASK FOR WHAT YOU WANT. The world needs more courageous women. We’ve come way too far to force ourselves to be small and agreeable and never kick up a fuss. We gotta back ourselves, and we’ll never be free to do it while clinging onto the approval of other people.

So, let’s take after our leader Cardi B, and sing the lyrics along with me: 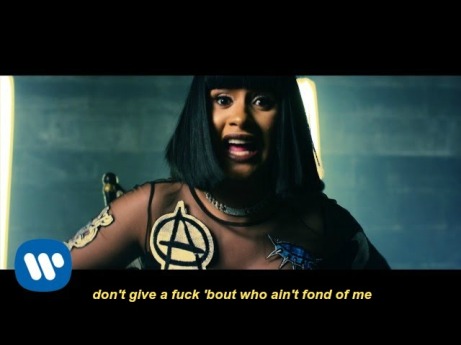 Have a lovely weekend,