Hello, Resident African writer here (the RA, if you may) making the inevitable post about Black Panther. I WAS READY TO POST THIS ON SATURDAY, Y’ALL! I’m supposed to be hungover from the Wakanda Weekend but OH MY GAAD BLACK PANTHER WAS SO LIT OH MY GOODNESS I CANNOT DZEAL DAMN IT WAS EVERYTHING YAAAS AFRICA YAAAS WAKANDA WE TAKIN OVER YAAAAS.

Ok I had to let that out. Thank you for making this a safe space. 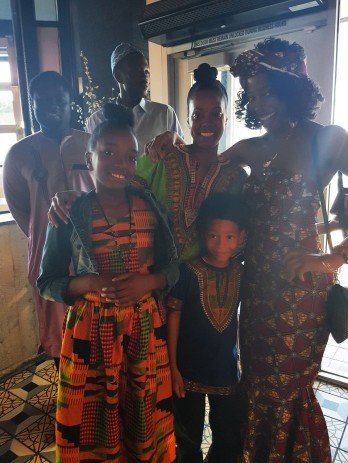 So, I went to see Black Panther on Friday. Dressed to the nines. I was not the only one, GIRL WE WERE ALL LIT! Seeing as it’s been the main reason to wake up in the morning for the past few months, I was SUPER relieved that it EXCEEDED my expectations. There are way too many things to comment on (ok-praise), so I’ve tried to narrow it down to the 5 main things that meant the most to me in the movie. I know there are more,GIRL I’m tryna make this post an appropriate length, abeg.

And not the “strong” that the media likes portraying WoC as: as in, “she’s so strong because she endured all this suffering at the hands of a man but still forgave him because society teaches us to continuously give ain’t-shit men chances”. But like actual strength. Physical, moral, intellectual. Not only that, but a dark-skinned woman being THE LOVE INTEREST? Heyullll nah have I seen that in Hollywood. I’m lucky if someone my shade is seen as desirable, even if the man is Idris-Elba-looking. So, the fact that we can be strong, badass, moral, complex AND desirable is just so wonderful to see on screen. THANK YOU, WE’VE BEEN WAITING, DAMN!

We’ve learned to associate a connection with nature, tradition and animals as ‘primitive’, and a disconnection thereof as ‘civilised’. I found myself feeling shy when they were doing their practices, because I’ve been trained to apologise for or justify anything that’s “too African” for white people to immediately understand and/or accept. Like a second later I thought “WELL UNCOLONIZED AFRICA HAS TRADITION, BITCH, SO YEAH THIS MAKES SENSE!” I mean, White Jesus was not something we invented. So, seeing an African country that held onto its tradition and grew rich was a really powerful message to us, that who we are is fine. We do not need to be like the Westerners to be successful. How wild is that!? (sarcasm).

It’s always been a dream of mine to write African fairy-tales (and I’m not keeping this secret because I want more people doing this!) where we just reimagine history. It is super important to acknowledge, learn about and learn from our history, but white people have the privilege of inventing faraway kingdoms with magic and wonder without acknowledging their colonial-ass antics, so why can’t we have our fantasies, too? Point is, if historical accuracy is a convenient way for white people to leave PoC out of a lot of movies or television, then fantasy is a perfect workaround (for now). It’s a perfect way to include people of all races without their having to be slaves to justify their presence. Escapism is important for us all. 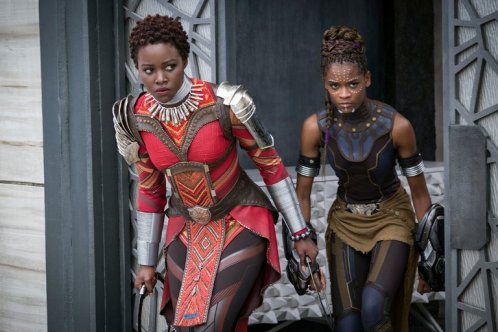 Anyone from anywhere that isn’t Switzerland or Denmark dreams of going back home and helping the less fortunate there. (They don’t have a less fortunate). Basically, every African person I’ve met has some sense of social responsibility towards their home country or hometown. Michael B. Jordan’s character, although flawed in his methods, brought up some really important points about the people of Wakanda (fortunate black people around the world) being in a position to help black people in places where they have less. I really related to that, knowing in my heart of hearts that that has been something I’ve thought about since I was 13. Going back to Congo and making a difference there has always been a part of my dream of success. The film addressed this and other social issues in a wonderful way: not preachy, not sloppily-ironic either. Perfecto.

Besides the hype, the actors and the action, an iconic movie really does come down to a good script. Complex characters, good twists and turns and some wonderful one-liners spread throughout the film. Also, the soundtrack is lit. Honestly, go see it.

To end off, here’s some appreciation for the beautiful people in this film.

Hey Michael B. Jordan. I see you been working hard in the gym. I appreciate you.

Can you two be any more beautiful? *faints* 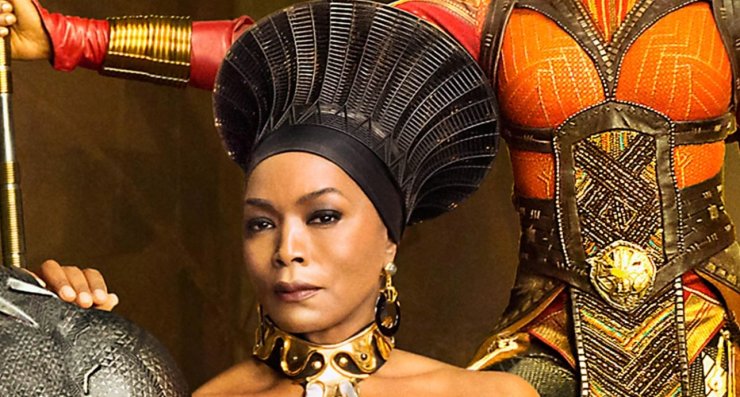 Yaas, Zulu Queen with the cheekbones

*If you don’t get this reference, go see the movie. Love you bye!