Let’s be honest: vegans have gotten a bad rap. I personally have been laughing at “annoying vegan” memes since they came out— before I even knew what veganism really was.

But over the years I’ve gotten bits and pieces of information that made me a lot more sensitive to the ideas. I am African- we luhh meat. I just also happen to be a tree-hugger, and it’s an article about the impact of animal products on the planet that brought me here, sitting in a café interviewing a real-life vegan.

I’m really lucky to have met Gianna— the cool gal who invited me to join the F.B. team. I discovered she was vegan when we were cast in the same play, and I remember how refreshing it was to have an actual conversation about veganism, since the two vegans I’d interacted with before her were the stereotypical grumpy-preachy ones we know from the depicted meme. I knew deep down it was possible to be vegan or vegetarian without being annoying about it but I unfortunately had not met many. Ok, any. Lezbehonest.

I’m growing more and more interested in veganism, so my A-type personality that has to know absolutely everything about a topic before making a decision thought an interview would be great! Let’s dive in.

“I’d say it’s equal parts animal rights, my health and the health of the planet”

Animal rights are the main thing I’d think people assume veganism is about. But few of us know or think about the latter aspects. Gianna’s mom (who got inspired to go vegetarian when pregnant with Gianna) brought her up with such a great attitude:

“She didn’t have meat in the house, but she also didn’t force [vegetarianism] on me. I only ate meat when I was with my dad but he didn’t cook meat that much, either. She didn’t want me to feel like I had to be a certain way.”

“I stopped eating meat when I was 9. I told my mom I didn’t want to eat it anymore because it was making me sick and I didn’t like how they treated the animals.”

At this point I was like HOL’ UP HOL’ UP HOL’ UP homegirl was NINE YEARS OLD making decisions like this?! Imagine you birth a baby and just a few years later they come home like “You know, Mom, I know all my friends are rolling around in mini-pizzas and star-shaped chicken nuggets but I actually don’t think it’s the best thing for my body and animals, do you understand?” I don’t know what I would do, honestly. Anyway. 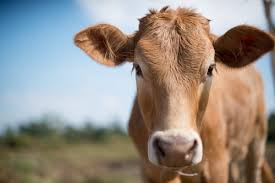 “But I still ate dairy. What brought me to veganism was the documentary ‘Vegucated’. My mom and I watched it and we were like “ok so we need to be vegan now, we need to do this.”

“This is kind of a little selfish, but [the most rewarding is] the way I feel. If I come home from a long day, I feel like I’m able to sleep better, and I wake up and feel energized.”

She mentioned the first time she’d felt the positive effects during a dance class “my body just felt so much stronger”, which I think goes directly against most of our assumptions (lezbehonest).

“I also feel like it’s opened me up to our place and animals’ place on the planet. It’s a challenge, but when you really stick with it and commit to changing your ways, learning about veganism, you realize that we all just agree to live a certain way that’s not necessarily good for us, and that you get to find other ways.”

Unsurprisingly, the most challenging aspect is restaurants.

“If you go to a restaurant where there’s not specifically vegan food, they just think it means ‘bland’—my tastebuds aren’t dead! It’s specifically with American Dining. You go to a Japanese, Chinese, Mexican restaurant– you can find something, but going to Steakhouses, diners… there’s just nothing there.”

The other challenge is people, obviously. We are trash (lezbehonest).

“There’s a difference between people who are genuinely curious and people who just want to shit on veganism. People would tell me as a kid ‘you’re gonna be so weak when you grow up.’”

I’m not even remotely vegan, but I’d get annoyed with militant carnivores bringing up veganism like Kanye brings up Amber Rose—like, who asked you, bruv?

Hands down, the legendary “Where do you get your protein?”

Apparently, the internet can relate.

“Even if people are asking out of genuine curiosity, it’s asked so much that it is annoying. Why are you so concerned with what I put in my body?”

I desperately wished she’d had a mic to drop after that last sentence.

“First, educate yourself about why you’re doing this, so it doesn’t seem like a futile effort.” 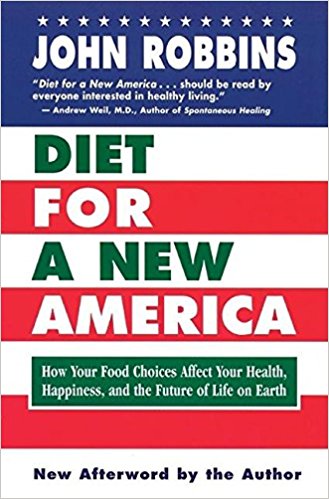 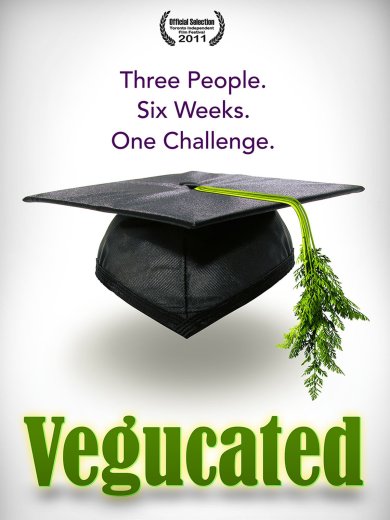 “Second, connect with other people who are vegan. Vegans are on YouTube, magazines, websites. Reach out to that vegan community…There are times when you can feel like what you’re doing doesn’t matter. But right now, there are more vegan people in America than they have ever been.”

“Get creative. It’s a change, I’m not going to lie it’s definitely a change but you can get used to anything”

“There are definitely a lot of vegan foods that are expensive, mostly the substitute foods or microwave meals. A lot of those are things that you don’t need as a vegan, but are marketed that way.”

“If you’re eating as a vegan, you’re eating fruits, nuts, grains, veggies. Once you know how to work with them, you’ll realize you don’t need the expensive stuff. Once again, it’s about getting creative. And buy bulk!”

6.    Veganism is something that has strength in numbers. How do you stay motivated, feel like you’re making a difference without giving into fear by being preachy?

“I feel like people look at what I eat and think ‘oh, she’s vegan’.  I don’t really mention it much, unless I really have to say something. I know that there are some people like that (assholes), but I’m not into doing that”

“This is what feels best for me. This is about me being true to myself. I just got to the point where it’s so ingrained in who I am- this is how I contribute, this is how I do my part”

But we know by now she’s sitting down, bein’ humble because veganism is most certainly not the only way Gianna contributes to the greater good. This blog and her YT is filled with posts about thrift shopping, supporting brands with sustainable practices and overall being a better human.

To quote Usher, these are my confessions: I’ve watched ‘Vegucated’. I just didn’t remember the title. But I wasn’t ready for the message at the time. I was living in university residence, with very few vegan options. And emotionally, it was a bad time for me to have introduced anything that looked like ‘food restriction’. Thankfully, I’m at a different place now, where my concern lies more with the state of the planet and my health and wellbeing, rather than the number on the scale, so I’m seeing a much bigger picture. I’m glad I re-watched Vegucated.

I don’t intend on converting all of us to veganism at all, and I obviously didn’t attempt listing any facts about the industry. There are more than enough credible resources for that. I just hoped to shed light on how possible it is to make such a change, and keep a positive attitude about it. On behalf of all the Considering-Being-Vegans, thank you Gianna! Stay tuned to follow my journey to possible veganism. We all know by now it’s where I’m headed. Lezbehonest.

1 thought on “Interview With The “Green Queen””