For the New Year, what do you wish for? Did you make a list of resolution for 2018? Is there anything you want to accomplish in this year? As for myself, I did a lot of reflecting in 2017 and decided to be more outspoken, independent, and most importantly, I want to inspire women to believe in themselves and to support each other in life. Unity makes us stronger as a community; it applies not just to the women but also the men. Taking female empowerment and unity as a theme for today’s blog post, I want to introduce you guys to some of the movies I’ve watched since I was a kid up to now. These movies have strong female leads that you ladies might relate to. 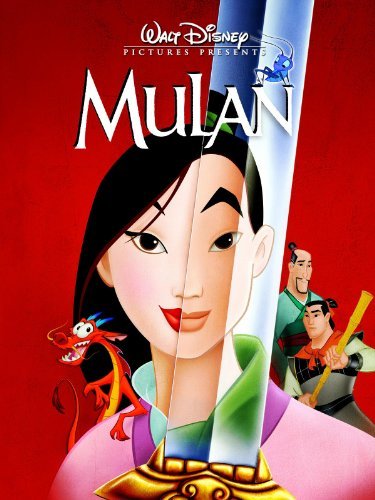 I want to start with Disney movies first. Ever since I was a child, I was always taught by my community that a girl can’t do just anything that a boy can. I thought it was a natural way that I should grow up with but Mulan (1998) had knocked some senses into me. As a girl, I was constantly reminded by my relatives and parents that my duty is to get an ok education, a decent job, get married, have children, and not to overshadow my future husband. It still doesn’t change even when I finally became a grown up. Kid, being an adult doesn’t mean everything will be different from being a child. Man, I was so eager to grow up too. My personal story aside, does that sound familiar to any of you? The whole concept is just like that scene when Mulan was dragged from people to people to get dressed and put on makeup. Everyone cheerfully sang “You’ll bring honor to us all” repeatedly as they put Mulan into this “instant bride” costume. As a kid, I remember it was a fun song and now I am somewhat an adult, I think it is just horrible. The anime scene delivered the message pretty well to a 9-year-old me though. I remembered feeling sorry for Mulan as she had to endure all of it to meet everyone’s expectation. So when she ran away to the army in place of her father, I was wholeheartedly cheered for her. Bottom line is a woman has a choice to take on the path she chooses for herself. Only if you can live as your true self, you can find success and happiness. Another point is finding your community where people can accept you for who you are. Even though Mulan deceived her teammate and supervisor while dressed as a guy, she genuinely wanted to help thus redeemed her value with everyone and gained their support as they helped Mulan defeated the enemy. We are stronger together, right ladies? 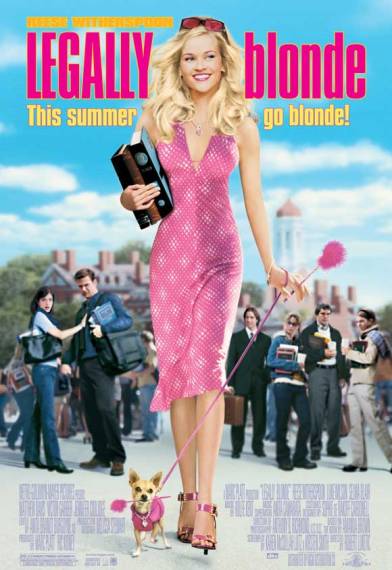 Another movie I watched back in the day also taught me about my value is Legally Blonde (2001.) If you have never heard of it, where have you been??? This movie was the new sensation during the early 2000s for its entertainment performance while portraying a simple and predictable story-line. Reese Witherspoon was such a wonderful lead in this movie. Sometimes being simple is not a bad idea at all and Elle Wood showed us exactly that. Everyone thought Elle live a simple “Barbie life” with her sorority sisters without knowing about her high IQ. Outsiders looked at Elle as if she was dumb and had no value to offer besides her body. Elle was smart and she chose to live how she wanted. Being underestimated by others only fueled Elle to work harder and stuck close to her principle of life. Elle knew her value. She was kind, smart, honest, compassionate and she would stand up for the truth and for people she cared about. Elle chose to be with people who loved and trusted her for who she is rather than her exterior. This was why she realized she should not settle for anything less than what she deserved. Elle’s passionate determination had won over her peers and they stood by her through hard times. Everyone will have a weak moment at some points in their lives and it doesn’t matter how small you would feel at that point. The only thing matter is if you want to overcome that huddle and if you know your strength. Elle’s strength did not come from not only herself but also from the people who actually cared about her. Elle taught me to really look at myself to find my own power and value. Everyone’s points of view are different depending on personality and other external elements. Therefore, you should never feel bad that you are different from the so-called “normal people.” You might as well just be better than them but you have not realized it yet. Or maybe you just need a little inspiration called “Legally Blonde” to give you a little push. 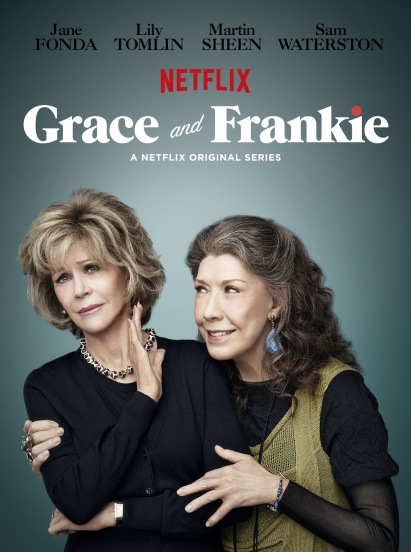 This is not a movie but I really love this series for its portrayal of strong female lead. Grace & Frankie (2015) is a comedy series on Netflix that I became addicted since the first episode. Moreover, I would be crazy not to watch anything with both Jane Fonda and Lily Tomlin in it. These two are dynamite together and I really recommend this series for everyone to check it out. This series shows how double standard still exists even in this day and age. Moreover, the show is about self-discovery even at the age of 70 and of course women empowerment. You don’t think I would end my post without including another series about encouraging female’s right, do you? Let me start with learning about yourself first. Grace and Frankie only started to learn about themselves when they finally had their alone time after divorcing their previous partners of many years. Even if they could not stand each other at first, they became best friend after coincidently ended up being each other roommates. With outstanding performance smart narrative; this series is so entertaining that I binged the entire season every time it came out. Here is the message I like so much from this movie, self-discovery is tough but you can always go through it with a best friend who is also learning with you. It can be someone your age, your child, sibling or unexpected friend. Grace and Frankie helped each other realized their true selves that they had abandoned for a long time in order to take care of their families. Throughout 3 seasons, this theme runs through many characters with different age, gender, and background. Do you see the conclusion I want to draw? It is never too late to take some time to learn about yourself. You as a human are changing every day. The you from today might be different from the you of next month, year, or decade. It is important to know who you are and to understand your needs in order to have a good balance in life. Women often forget that they also have a place in the community and they have to raise their voice anytime they want to. Everyone deserved to be treated equally. It doesn’t matter what their gender, age, or status are because we are all human who only have one life. You don’t want to waste your time regretting what you haven’t done or letting people treat you as if you are insignificant. Grace and Frankie certainly did not let their age stop them from venturing in new business or having fun in a nontraditional ways. How, you ask? Why don’t you find out for yourself? I’m sure you won’t be disappointed.

I hope these movies and series I recommended will spark some interest in you ladies or gentlemen. Nowadays, women are privileged to be given the chance to make a difference to the world. If we choose to pass this chance, wouldn’t it be a waste? Moreover, what would you say to those women in the previous generations from many many years ago that fought for this chance? Female empowerment is strong not just because of an individual but a whole community. Therefore, we have to stand strong for ourselves and for everyone around us as well. Without everything I’ve learned, the support I’ve received, and the chances that I’ve been given, I would not be able to be here to share my experience with everyone. I hope these movies and my experience have inspired everyone to support and encourage female empowerment now and in the future.

I always look for new inspiration to strengthen my belief and if you guys have any recommendation, feel free to leave a comment. I’ll see you again in my next blog post. Have a good one!