I’m a sucker for serious TV drama and there are just so many good qualities TV series nowadays such as Stranger Things, The Handmaid’s Tales, American Horror Story, Homeland, and more. I can watch any genre as long as it produces intriguing narrative, clean and brilliant execution, or details that tickle the mind. These things can keep me curious and think about the storyline and I can watch it as many times as possible. However, I need a break from those every once in a while.

Have you ever found yourself just wanting to watch something light-hearted at some point? I mean, don’t get me wrong. I love mind-blowing series but my mind needs to refresh and wind down, too. That is why I always find time to watch a 30-minute episode of The Mindy Project at least once every couple weeks. 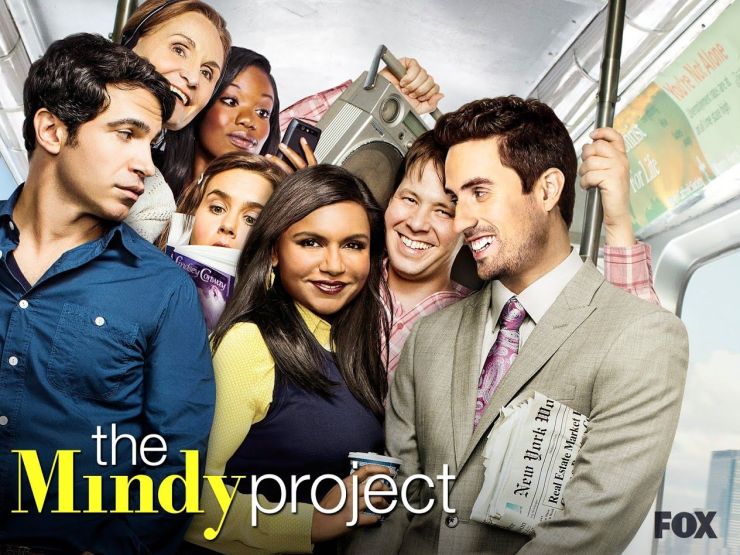 The Mindy Project is a light-hearted romantic comedy with great narrative that you can just put it on the background while you’re cooking, doing your night-time routine, or just watch it before you go to bed. This show premiered in 2012 on Fox and has been going strong for 6 seasons on Hulu Original. The show talks about woman empowerment as well as self-love a lot. This is the message that I think every one of us women should embrace.

Meet Mindy Lahiri, played by the talented Mindy Kaling, this character is a regular working woman like any of us. She is romantic, kind, courageous, she has dreams and she has flaws. Mindy is an OBGYN doctor who’s trying to balance her work and personal lives. The 6 series follows her path from a single woman life to a single mom life. This character is so much different from the typical Hollywood bombshell waiting to be rescued. She is not that superhero who could do anything without any trouble. She is anything but a normal woman who has her worries, crushes, and a broken heart.

I feel so related to this show because it delivers the reality so well. No glamorous alternate reality. Just a reality we see everyday. The problem Mindy faces and how she solves it is so normal and there’s no perfect scenario in this show. I first saw this series when it was already in season 2 episode 1. After I got hooked on this episode, I started with season 1 and made my way up to season 6. The reason it got my attention was that James Franco was in the teaser of season 2 so I decided to watch this one episode because of him. I don’t know about you ladies, but I just wanted to watch something fun with a hot guy in it every once in awhile. But enough about that, let me tell you why I fell in love with this show.

This particular episode starts out as Mindy just moved to Haiti for her boyfriend turned fiancé but she has to go back to NYC because she needs an emergency surgery. After her recovery, she makes her way back to her clinic just to find a handsome James Franco has replaced her spot. Now, another ideal movie scenario would have its heroine fully committed to her fiancé and wouldn’t even look at another handsome male. However, this is Mindy. She goes into dreamy mode when she sees him just to be reminded by her friend that she is engaged. This is where her remark left a strong impression on me “Is it the Taliban, I can’t look at a man anymore?” I mean, she’s right! Just because she is someone’s fiancée, it doesn’t mean she’s not allowed to look at gorgeous men.

I get that it’s the right thing to not fantasize about another man when you’re engaged in a serious relationship, but it doesn’t mean you can’t appreciate a good looking human being. Not looking at the “greener grass” is an ideal scenario, but who can honestly say that they have never looked at the “greener grass” at any point in their lives. I know I have. If a handsome man coming in my direction and I can see him, it is a waste not to look at. Mindy shows an honest regular woman that exists in real life instead of a perfect mold of a woman. This is what I see in myself and sometimes can’t admit because I’m afraid of people’s judgment. Mindy has reminded me that I work hard for everything in my life and I deserve a little break and a little dreamy moment, too.

Another situation in this episode I want to point out is when Mindy’s co-worker/friend, Danny, has a visit from his angry ex-wife at the office. Danny and his ex-wife are trying to mend their relationship after a separation but Danny refused to have sex with his wife the previous night. His ex-wife found his porn search on his laptop after that and she causes a huge fuss at his workplace. His other colleagues advise him to get her “a 10 lbs ring and propose again” in order to alleviate the situation because it’s the right thing to do, right? I think it’s wrong and Mindy agrees. Mindy says “This is a woman who came and destroyed your computer, embarrassed you in front of all your coworkers, and your solution is to spend the rest of your life with her?” Hear me out, Danny’s marriage already failed once and they are trying to get back together, but the fact that he can’t be intimate with his ex-wife means he really doesn’t want to be back with her. If he wants to, it should have happened, no? Just because it’s the right thing to do that is approved by society, it does not mean Danny has to sacrifice his happiness and his time with someone who treats him like that. I totally stand by Mindy’s point. Sometimes we fall into this circle of “doing the right things” that can make us forget about our own opinion and I can’t condone that.

This is just a glimpse of The Mindy Project to show you why I love this series. It goes against the ideal world that we always want to have and show us the reality in a fun and romantic way. Mindy’s journey is hilarious and empowering at the same time. She reminds me that knowing what I want and going for it is very important in life. Moreover, Mindy taught me to never let social prejudice becomes an obstacle on my path and that I should embrace my flaws to let it become my strength to walk through life with a smile on my face. After all, every one of us women deserve to be happy, deserve to be respected, and deserve to be treated right.

Have a wonderful day and I’ll see you in my next post!