Gianna Salazar is a writer here on Feminine Boutique, as well as actress extraordinaire, environmental advocate, and bookworm. She studies Acting for Film at the New York Film Academy in Los Angeles. When she isn’t working at Whole Foods and Guess, she spends her time dancing, playing guitar (electric, specifically), hiking, learning languages, and swimming. Without further ado… I give you the fabulous Gianna!

You never know what the day is going to hold for you… if you wake up and you get ready and you open yourself up, something amazing can show itself.

Gianna is the second in a mini Tuesday Spotlight series on the women that make Feminine Boutique shine. A close friend of mine since high school, she is a constant inspiration to me to keep doing amazing things and let nothing hold me back. She writes about everything from hair care routines to environmentally friendly shopping. This is your go-to gal for candid conversations and fun adventures.

Gianna exudes good vibes. Every day at 7AM, she hits the ground running with the notion that something she does today will matter. “There’s always a possibility for learning and growth in every day,” she explains. She finds these opportunities is everything she does, whether it’s at school, work, and even in the things she does for fun.

A large part of Gianna’s motivation is that she loves what she gets to do every single day. Most of her time is spent on acting and film (her greatest passions), so she is constantly growing and improving her skills in this area. “When I was in high school… I would dream of the day when I would get up and just act.” She follows this with saying that she really is realizing her dream—she wakes up, and she goes acting, dancing, singing. Now her dream is to get up and go to set, and have that be her career.

When you’re doing something that you’re passionate about and that you are meant to do, the feeling that you get when you are doing it is… indescribable.

Passion is at the center of everything Gianna does, whether it be in what she does every day, or what she hopes to do in the future. When she is acting, she says, “I feel like every cell in my body is celebrating like, ‘yes, go Gianna!’” This is what inspires her to keep trekking down the path she is on. She loves every second, and every ounce of work it takes to get to the next phase in her plans to take the performing world by storm is worth it.

Her future plans and dreams are multi-faceted. “When I was younger, I knew I wanted to be a performer… but, as I’ve gotten older, I’ve realized that there are so many other things I want to do.” Through her studies, Gianna found that she loves being in front of the camera as much as behind it. Dancing and singing are also central to her career goals. Self-sufficiency is key to her plans; as an actress, she wants to be in charge of some portion of everything she creates.

Another piece to her future is being able to make a true impact on the world. “I want to be able to inspire people through my art.” She wants to make a difference in terms of how people view the planet, themselves, and others. Our society tends to close its mind to the things it does not want to hear, namely knowing the effects of what we do on a daily basis to our environment. “I think that artists especially have a duty to raise awareness and… enlighten people.” 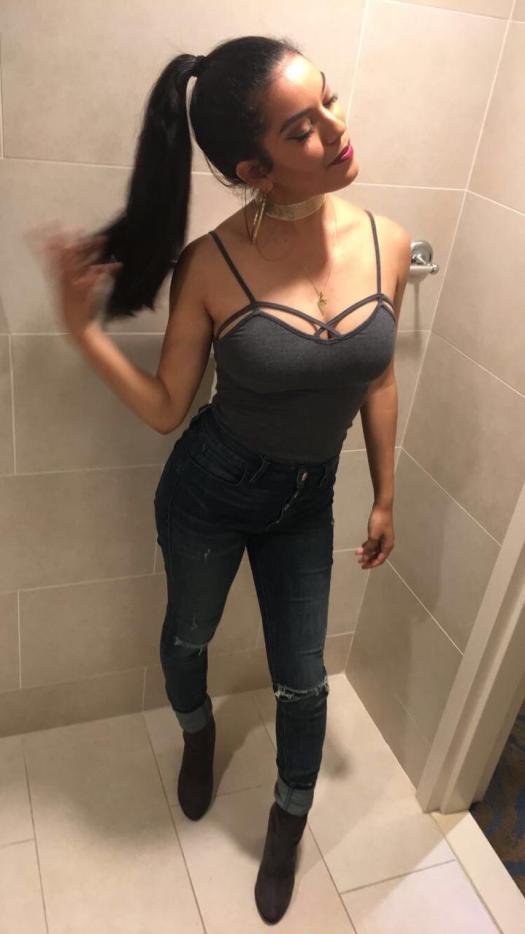 “I think that the biggest challenge I have faced so far as a woman… I think is realizing how much misogyny really runs deep in this society.” Gianna grew up thinking that being a woman is the greatest thing ever; she was lucky to come from a family of strong, empowered women. While she still feels this way, she has also become aware that the world we live in tends to demonize femininity.

Having gotten into the dating scene, these patriarchal tendencies come through quite clearly. “I think that if I brought this up to a lot of [guys], they wouldn’t even think that what they are doing is wrong.” The depth at which being female is considered bad, and being male is considered powerful and good, is shocking. “That just proves that [misogyny] runs so deep.”

Everybody comes from a woman. If you deny feminine qualities… then what do we think of ourselves?

Gianna knows that while the intention to put women down is not always there, the expectation that women will step down is. “They get mad at you for speaking your mind, or they want you to just shut up and just be pretty.” She has even experienced that while men might compliment your intellect and personality, as soon as a woman begins to talk, their voice is drowned out in misogyny. Women shouldn’t be ‘that smart’ or ‘too sure of themselves’.

On top of this, Gianna says that as people, we need to be honest with ourselves, no matter who or what we are dealing with. “I’m gonna be polite to myself and speak my mind.” Being polite doesn’t equate to disregarding your own feelings. No matter what kind of relationship you are in, honesty is key. “I’m not going to sit down. I’m not going to do something that I am uncomfortable with simply because I’m a woman and I shouldn’t say anything.”

She delves into how women have always been a force in history—it is when we speak up that amazing things can happen. “There have always been women that have said, ‘Eff the status quo, I’m going to do what I want to do because this is what I was called to do as a human being.’” She then demonstrates what she referred to as ‘hater-blocking’. Just swat away the bad vibes!

Be a badass ‘cause you are a badass!

Gianna likes to encourage other women to keep growing and to push for their dreams against any odds. She makes a good case for the kind of people to keep in your life, stating, “If someone is in your life and they’re not supporting you and they’re not trying to help you grow… it’s not worth it.” No matter what path (or paths) you choose to take in life, those surrounding you should be cheering you on, not bringing you down.

Adding to this, being empowered does not mean being the next big ‘thing’ in any industry. “Where do you feel like you shine?” Whether it’s homemaking, or science, or business, go and do that thing that makes waking up in the morning the most exciting part of your day. Wake up, and go do the things you love. Most importantly, don’t let anyone, or anything hold you back. “If you feel it in here,” she says, gesturing to her heart, “you’re supposed to do it.”

There is something spectacular inside of you that is trying to get out, and I think the most spectacular thing someone can be is themselves.