Elizabeth Oluokun, better known as Liz, is a Communications and Business Management student at Bryant University. Born in Nigeria, she came to the United States with her family at six years old. After some time in Tennessee, she came up to Worcester, Massachusetts. The second oldest of seven children now lives in Framingham. 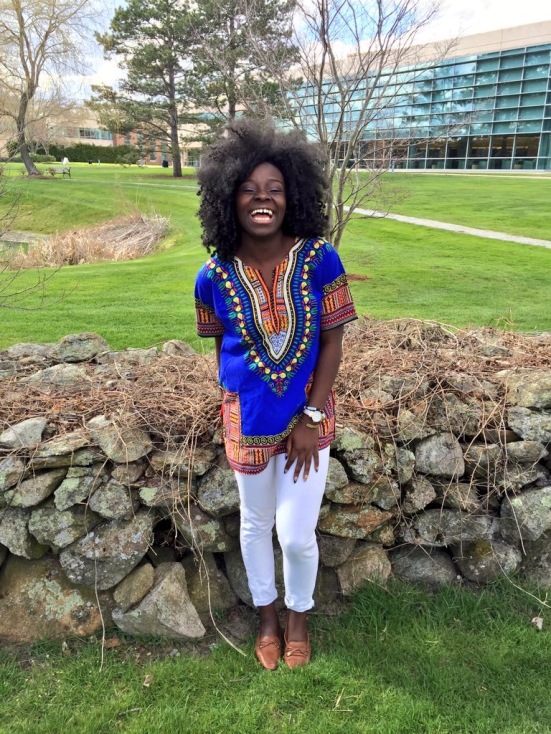 MG: What gets you out of bed in the morning?

For this story, I met up with Liz on a Monday evening, in between multiple meetings for both of us. We like to keep busy! Liz has a voice that captures the crowd. It is clear, confident, and genuine. When interviewing her for this story, I was left inspired, and I hope you will be too!

When Liz first came to America, her family struggled financially. Moving across the world is no small feat, and to move to a country you’ve never been to? That’s a huge deal. This drove Liz to pursue a degree in business–if she can graduate, get a job, and make a lot of money, she can give her a family a better life.

After considering a path to a finance career, Liz discovered she hated working with numbers. In her own words, “The thing is I didn’t think I’d need to be a finance guru to help start that company, but I realized I should probably know a lot about finance in order to do that.” With a laugh, she moves on to explain her new plan of action: starting a nonprofit geared toward immigrant students that helps them adjust to life in America. 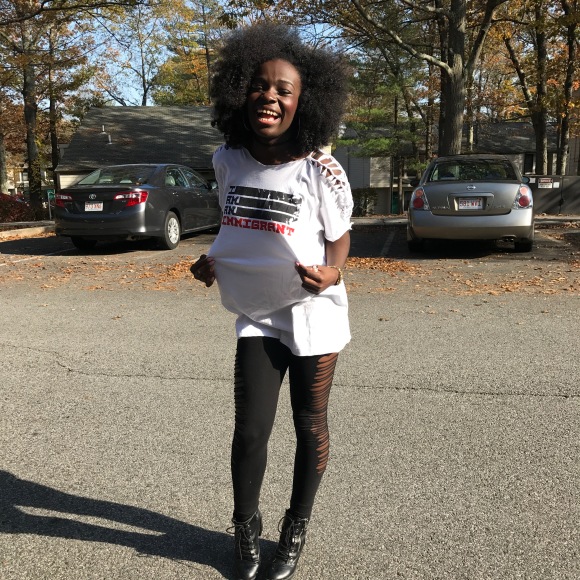 When people come to America, they forget their culture and I made the mistake of doing that when I first came here.

When immigrants come to the States, or move to any new country in general, there is an adjustment curve. With that adjustment, sometimes original culture is lost. In an effort to fit in, we forget where we came from. With a positive force, she explains, “I want to help students realize that they are at an advantage of helping themselves and other people and they shouldn’t let go of where they came from.” Helping students hold onto their own culture while learning a new one? That’s pretty rad.

As a college student, she finds that her greatest struggle is in helping her peers realize there is a life off campus. Exasperated, she says, “I always talk about the Bryant Bubble.” Following the election, Liz lead a peaceful rally on campus in order to bring people on campus together in a positive way. While her silent protest stood in the most populated area on campus, the Rotunda, students passing by had no idea how to react. Liz, and other students, stood still and unmoving while crowds tried to get by. The whole event, to them, was bizarre.

People feel uncomfortable addressing issues of race and xenophobia, especially in a college environment that is so far removed from reality. But, as college students, we need to learn how to be uncomfortable and we need to understand that the vastness of the world gives way to a diverse population. For Liz, getting people to just try to put themselves in the shoes of others is tough, but she continues to do so through events on campus, and reaching out to people in her campus community. 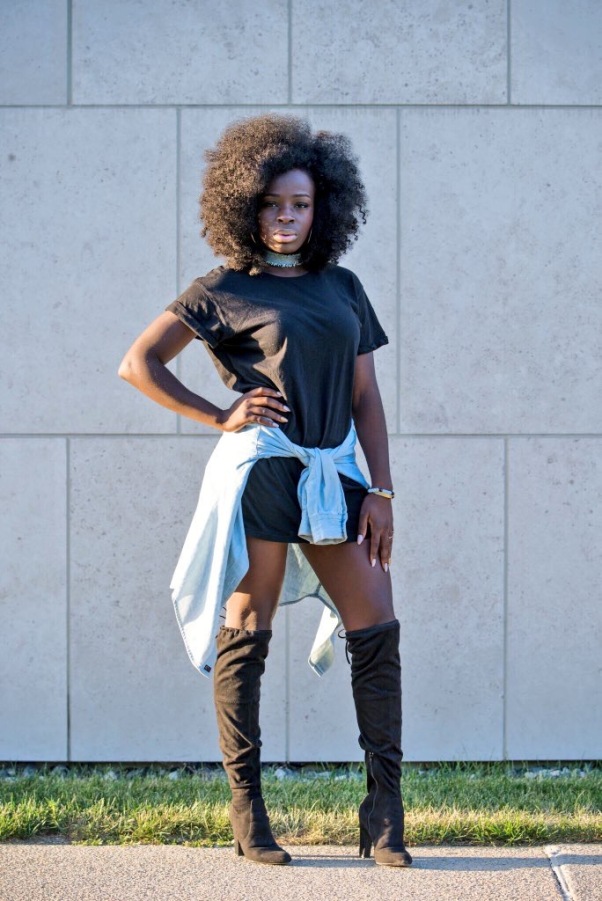 People don’t understand what’s going on, and I think the reason that I understand so much is because it affects me in two ways: 1. I’m a woman, and 2. I’m black.

On being a woman, Liz is insightful. “I think that when women take on a role, they don’t want to be labeled as the girl who is overpowering.” In a heavily patriarchal society, there are many examples of women that attempt to be the leader and somehow end up being put down for it. Whether it’s Sheryl Sandberg or Michelle Obama, ambitious women are awfully criticized. According to Liz, “stop letting people and what people say dissuade [you].”

Women tend to be their own greatest critics, too. “Even we as girls, we do it to each other. We’re like, ‘yeah, take a step back, relax’. Like, no, you don’t have to relax. Stand together, and encourage each other to continually do what they want to do.” She laughs as she says this, because it is a frustrating truth. The best way for women everywhere to advance and overcome obstacles is to band together. Take the lead, keep striving to be your best self, and don’t let the patriarchy get you down.

Your full potential will only be realized when you continually do the things that you do best. 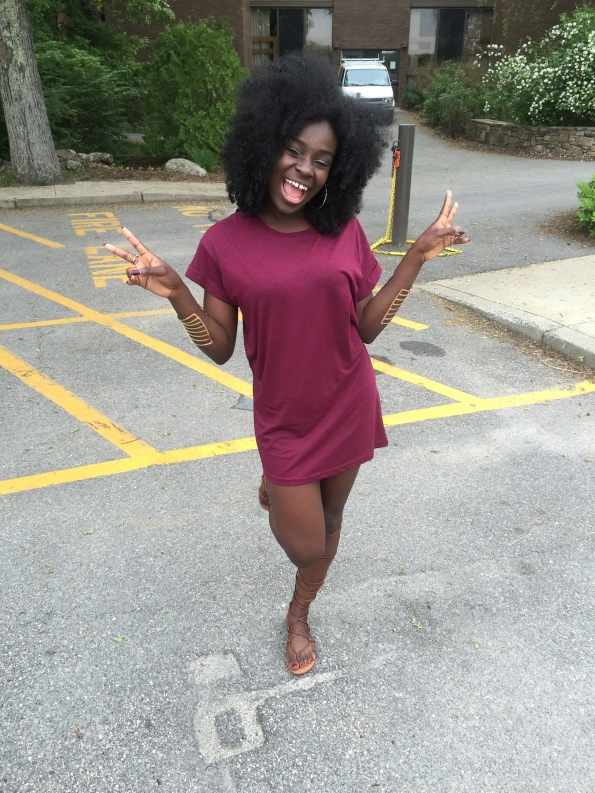 As a final word from Liz, I asked her my top secret interview question: “On average, how many times a week do you hurt yourself trying to dance in the shower?” Insert laughing emoji here, ladies. An avid dancing shower queen, this is a regular occurrence, apparently. “And I just got the iPhone 7 and it’s waterproof so you can actually take it in the shower—that doesn’t help the situation either!”